But what exactly are they, what are their challenges, and what advantages do they provide? Today, we'll explain why you should include them in your procurement strategy. As the podcast The Energy Gang puts it... we invented Uber for taxis, so are DERs the answer for utilities? According to Sam Uyeno, senior manager in West Monroe Partners' energy and utilities practise, utilities will need to consider how to leverage new customers within their network. Similarly, to how Uber entered the taxi market and allowed anyone to become a driver.

Given the current energy crisis, carbon emissions, and global warming... green energy provided by DERs is gaining traction in smart grid design. Depending on the kind, they may generate, store, and even regulate energy usage. All of this while reducing environmental effect, lowering technological costs, and improving adaptability to changing government laws.

“Distributed energy generation is expected
to provide over 65,000 MW by 2024”

In this sense, a variety of causes are driving the expansion of DERs:

Taking these considerations into account, the Federal Energy Regulatory Commission predicts that distributed energy generation will provide over 65,000 MW by 2024. In this manner, they're offered as an energy commitment that businesses who wish to integrate it in their procurement plan should evaluate.

Because of their low environmental effect and long-term viability, DERs may be in highly inhabited areas. As previously stated, domestic energy storage devices may be found in residential cores. A community area's DERs together may generate enough electricity to operate city lights, hospitals, and police stations.

The adoption of this form of infrastructure, of course, creates a slew of concerns. Some of the problems that DERs bring for utilities vary from revenue decreases to concerns about dependability and resiliency in the transition away from baseload power sources.


However, methods of bridging the gap between the two worlds are being developed. Distributed energy resources companies such as EnergySage told POWER that "there is a lot of utility interest in working with companies like ours to effectively meet customer needs." Because customers desire greater freedom of choice and utilities are aware that they may generate more income by providing more transparent information... "Utilities are suggesting, 'Why don't you buy those products and services from us?'" When it comes to DERs, there are several advantages. From cost savings for customers to carbon reductions by committing to clean energy... to avoiding massive infrastructure projects.

Five other advantages are:

Energy at a lower cost

DERs assist businesses in reducing energy costs by eliminating missed line losses. This is done because the DER's energy value is realised when it eliminates the need to generate energy from another source. The energy value is made up of two components: resource output and the mentioned reduced losses in transmission and distribution lines.

DERs aid in the reduction of power outages and voltage fluctuations on distribution feeders. They may control energy production and consumption via distribution networks, allowing businesses to avoid investing in producing and transmitting equipment.

DERs have an operational reserve value that may be utilised to either boost or decrease grid demand. This function serves as a lifeboat during forced outages or crises. Particularly effective techniques of lowering peak demand include battery energy storage devices, backup generators, and demand response resources.

Because DERs are placed near cities, utilities don't need to install a new transmission line when local demand grows. DERs are highly regarded due to their capacity to reduce transmission and distribution constraints.

Utilities use auxiliary services to deliver the necessary quality of service. If a frequency variation is recorded, it can be restored to its previous value by increasing or decreasing the quantity of grid electricity. When it comes to rectifying this irregularity, DERs respond quickly. Batteries can solve the problem in milliseconds, but a large thermal plant would take many minutes, for example.

Here to help you

If you want to learn more about the benefits of DERs for your organisation, contact our team of experts at Refteck Solutions. We have clients from many industries, including oil and gas production, energy, gas treatment, refining, petrochemical processing, and many more, and we have over 15 years of expertise. We provide solutions that are extremely inventive, strategic, and cost-effective. Get all the information about oil and gas industry supply chain management and procurement solutions...
Read More
reftecksolutions A Comprehensive Guide for Companies to Develop an Effective Procurement Strategy

Find out how crucial it is for the companies to develop an effective procurement strategy, what its ...
Read More
reftecksolutions 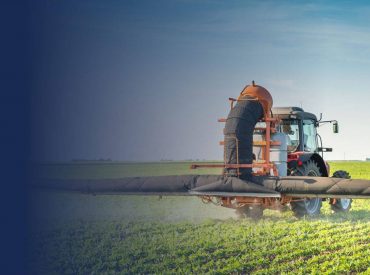 Find out why Refteck Solutions is a premier engineering procurement company and consultant. Read how...
Read More
reftecksolutions Oil and Gas Procurement – Strategies During and Post Covid-19

Volatility is the defining force that shapes prices in the oil and gas markets. This has perhaps ne...
Read More
reftecksolutions Post-pandemic Recovery & Evolution for the Oil and Gas Industries

When the pandemic caused the global economy to slam on the brakes in early 2020, it didn’t take lo...
Read More
reftecksolutions